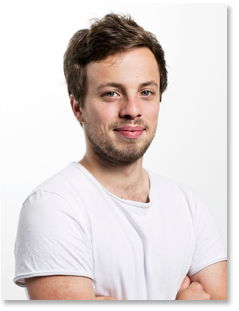 He is without contest one the best players of his (young) generation. Having started playing the live poker tables from the age of 18, Romain Lewis has established an incredible record in not even four years, a highlight of which was his runner-up finish in the FPS of the 2016 PSC in Monte-Carlo. But this youthful player is just as talented in his online play, with a Winamax Series title and many prestigious victories on our most high stakes tournaments. Seems like a force to be reckoned with.

For Roman Lewis, everything started with a gift. “My parents gave me a poker case when I was 10 years old, he explains. “To start out I treated it like a standard board game. I would play with them (his parents), my cousins or my grandparents.” It ended up being his brother, who is 5 years older than him, who started taking the game more seriously. “He was organising home games with friends of his and I would try to take part but they were having none of it!” It was finally through Zynga Poker, a play money game on Facebook, that Romain got his first true poker experience. “I used to get so tilted on there!” he admits with a grin. Soon enough, he started to play games with his friends. “We were playing with 1 to 5 euros with my school friends from Bordeaux, and we were taking things very seriously! The winner was allowed to mock the others for the whole week. My friend Willy and I were pretty good. It allowed us to have some pocket money.”

It was then thanks to table tennis, which he played as part of a team – he went up to 14th in the rankings for the more savvy in this field – that the player was able to move up to the next level. “Someone at the table tennis club who knew I was interested in poker told me about Pokersphère – a play money gaming association based in Bordeaux – where you were able to sign-up as a minor as long as you had your parents’ permission. My mother didn’t want me to go. At 18 years and 3 days of age I was there!” For one year, Romain learned all there was to know about live play and managed to make some life-changing friends through his progression. “Jonathan Therme coached me a lot. The one day, a good friend of mine, Ali, told me he wanted to stake me for 100% of my action for a €550 DSO at the Gujan Mestras casino, and divide my potential winnings equally between us. I had around €30 in my bank at the time so I thought that was just absolutely crazy. I accepted and ended up coming in second for €20,000.” A great first result before a string of many more.

Romain was 19 years of age at the time, and decided to go on to study mathematics, despite his incredible appetite for more poker. After three “serious” months, he attended Gruissan for another DSO and ended up at the final table once more for €9,000 in winnings. He then got into some firm negotiating with his parents to attempt to convince them that he was capable of a professional career in live poker. “My father accepted but it was impossible for my mother. She was already imagining me in rooms filled with cigar smoke and the smell of whisky.” Not easy to be the first sibling to stand out from the crowd after his older sister went to business school and his older brother went on to study medicine. However, all the efforts of convincing finally paid off and Romain had his permission for one year, which didn’t go as well as expected. “Whether it was live or online, I wasn’t winning overall, so I ended up successfully attempting to get into business school in Bordeaux.”

The summer of 2015 was coming to an end and Romain had no idea that he was about to experience his best weeks of poker yet. He started consistently winning with a ninth place finish in a DSO in Gujan, a victory in the Famous WPO in Dublin – his only title to this day, after “the most insane final of (his) life” – and, more notably, a fourth place finish in the Main Event of the National WPT in Marrakech for 355,000 Dirhams. Once again, the call to get back to the felt was lingering. “I stayed in school for about 4 months, but I was belating my payments,” he says, grinning. After being consistently absent from his classes, Romain was then given an ultimatum at the start of December: either he paid up or he had to go. We all know what he chose to do. “Just after, I came in second for a €2,200 side event of the EPT in Prague for €80,000.” That got the ball rolling.

Now slowly becoming a reg of the European circuit, the player quickly created ties with some of the most notable French players in the circuit such as Clément Thumy, Hugo Lemaire, Louis Linard and our Team Pro, Guillaume Diaz. “They became my personal study books! I learnt an incredible amount from their experience and their mistakes. We played a lot together, and we even went to play in Costa Rica for a month. It was really great.” Having arrived in Prague in March of 2016, Romain still wasn’t forgetting his French roots. “My friends from school and I have remained very close, which helped me keep a certain barrier between poker and my personal life.” Between two tournaments, the player who spent the first nine years of his life in London likes to travel back to the British capital, coming back the club he holds most dear to his heart: Brentford Football Club. “The guy is crazy, he knows all the chants!” says his new team mate Ivan Deyra with a grin.

Now known and renown on the circuit, Romain has been perfecting himself as a professional player for over a year. Contrary to his beginnings, he has been making very healthy lifestyle choices and has been working hard on his game, which is reinforced through his discussions on strategy with his new grinding partners, Ivan Deyra, Adrien Delmas, Victor Choupeaux and Guillaume Diaz. In the style of Davidi Kitai – “He explains so many things that come from traditional books” – he is convinced that “there is more to the game than GTO. You have to stay creative and go beyond the simple trends of the game to try and constantly surprise your opponents.”

This strategy worked wonders for the player. Just as he won the sixth edition of “La Maison Du Bluff” (a poker show on French TV), he shines a light on the circuit once again in Marrakech (runner-up in the WPT-N Super High Roller for €30,000) and Prague (4th in the WPT for €39,000) before getting his biggest cash to date with a second place in the Pokerstars National Championship in Monte-Carlo (the successor to the FPS) for over €127,000. All this whilst piling up the online trophies, with four High Rollers and one Winamax Series Title since November of 2016. This will give him the right kind of ammunition to tackle his first WSOP, as he is turning just 22 years of age on the 20th of July around the final table of the Main Event. “I’m obviously a bit apprehensive – the people who described Vegas to me explained how harsh it was both physically and mentally – but I do have a fair amount of experience in that department already. Also, being on the Pro Team gives me a huge amount of motivation. In any case, I’m going there to work hard. Nights out will only be awarded to celebrate victories!”

Surrounded by his partners who were already his friends and whom he considers as family, Romain is ready to take on his next poker adventure. Here’s a tip for you: if ever you are seated next to “rLewis” on our Winamax.fr tables, be very afraid. 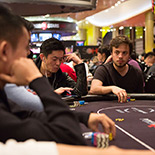 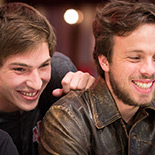 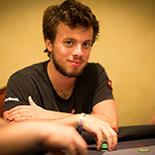 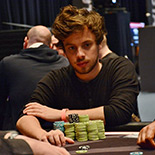 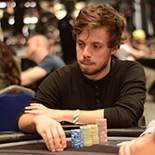 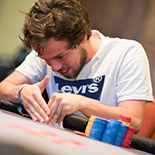 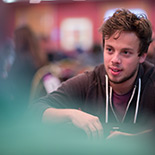 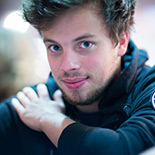