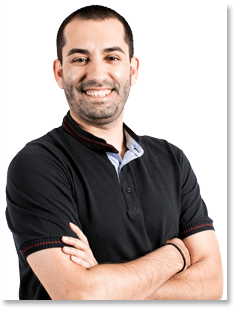 Having transitioned from playing basketball professionally to playing the highes stakes of live and online poker, this player has broken record after record to become one of the most respected and appreciated Portuguese players on the European circuit.

Joao Vieira still perfectly remembers the day he took his decision to work full-time playing poker. “It was in December of 2011. Things had been going well for me on the tables for quite a while already. I had won lots, and travelled to play in my first live tournaments. I was heading to university to attend an economics class, which was meant to be one of my final seminars before my exams. I truly made an effort to be passionate about my classes, but that day, I started to ask myself “What am I doing here?” It was at this moment that I decided to giver poker a try, even if it was just for one semester. I could always come back if it didn’t work out.”

Prior to this day, Joao had already been living an intensively competitive lifestyle for quite some time. At the tender age of 15, this player, who was born in Fungal, a seaside resort on the Portuguese Island of Madeira off the coast of the Canaries, became the youngest professional basketball player of his country within the Clube Amigos Do Basquete, where he will spend seven fantastic years. “I have been playing basketball sine I was seven years old. I’m 1m80 tall, which is small for basketball, but I’m very fast [laughs]!” Joao’s first poker games were played with his teammates when they were travelling for away games: “When you’re on the road for two or three days per week, you have plenty of time to play!”

Joao made his debut online, through a format used by many pros from the Internet generation before him to start out: Sit&Gos. Starting from the ground up, Joao worked, progressed, and climbed the ranks of the poker world. By the end of the year, he had reached the heights of the best players. He felt at ease: “I started feeling like I was earning a regular salary when I was on the $300 SNGs.” Feeling motivated by how well he had started his poker career, Joao decided to try out multi-table tournaments: within his first two months playing MTTs, he managed to pick up two victories for $5,000 and $10,000.

Having decided to play poker full-time, Joao began to take part in the European Poker Tour circuit. Throughout the following years, he became one of the most respected and skilful players, with a record of victories and final tables stretching to all corners of European poker: Barcelona, London, Prague, Deauville, Malta, Dublin, Monte Carlo… His numerous results and travels culminated during the 2014/2015 season of the EPT circuit, which he he excelled in, picking up a record of 19 ITMs, including 8 final tables, placing him in second place on the rankings for best player of the season.

The following year, Joao made his first stint in Las Vegas, picking up ten cashes throughout the 2016 WSOP, including a final table in Deuce to Seven. When asked which cash he was most proud of, Joao thinks back a few years to the 2014 edition of the Bahamas festival: “I was playing in my first tournament with a $25,000 buy-in; I had never played for that much money. It isn’t necessarily the cash that I am most proud of [8th for $157,940], but the way in which I acted and handled the pressure. This was the first time I had played against players of Mustapha Kanit’s and Adrian Mateos’ calibre. This was a huge confidence booster for me.”

Nowadays, facing these “regs” in the most expensive tournaments of the circuit has become a weekly routine for him. His reputation as a hard-worker can be contrasted with his attitude on and outside of the tables: affable, relaxed and easy to talk to. This personality brought him many friendships with pros from all around the world. “Poker is a great way to learn many things”, explains Joao. “It taught me how to handle adversity and gave me a strong and stable work ethic. The most important lesson poker taught me is that you have to give it your all: you give it your best, and whatever happens, happens.”

On the live scene, the five titles and dozens of final tables played by Joao since 2012 have brought in a total of 1.3 million dollars for him. The figure is even higher online. Much more: his number of victories (including a SCOOP title in 2017 for $112,000, and various other six-figure scores) places him as one of the top MTT players in the history of online poker, along with legends such as Chris Moorman.

In February of 2018, at 28 years old, Joao Vieira became the first Portuguese Winamax Team Pro, just a few months after playing his 3,000th final table on an online MTT – which happened on Winamax in a €100 Monster Stack. Considered to be on of the best poker players in his country, he has never regretted his decision to turn pro. Much like a good wine, Joao just gets better year after year: his collection of records and trophies is probably set to get even bigger.