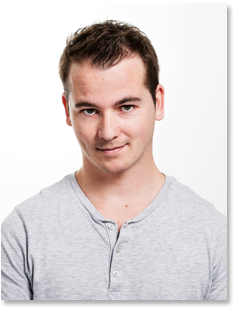 Having been a well-seasoned reg of our online MTTs before making a successful attempt at a live career, Ivan Derya now perfectly represents the new generation of French grinders who ravage even the biggest poker events. After building up a warrior’s mentality and a solid strategy to endure any trial thanks to a serious and mature mindset, we can see that Ivan deserves much respect for his autonomy. At the young age of 22, he already holds two WSOP Circuit Rings, a 9th place finish in the 2015 Prague EPT, two Winamax Series titles and an endless list of online victories, making him the archetype of the perfect player. A true prodigy.

Ivan’s passion for poker was first sparked whilst watching Patrick Bruel commentate the WSOP on French television. “Seeing millions of dollars just laid out on the table got me dreaming!” remembers the Teich native, a little commune near the Arcachon bay, right next to Gujan-Mestras, where he first demonstrated his prowess for live poker (we’ll come back to that later). His eagerness had to be put to one side however, as Ivan was 12 years of age, and was therefore limited to play money tournaments.

Due to his competitive nature – “I hate losing” – Ivan learned the strategic aspect of the game very quickly. “It couldn’t be a coincidence that the same people ended up at the final table every time” he says, quoting Matt Damon from the masterpiece that is the movie “Rounders”. “I then discovered that the mental aspect might be even more important.” In terms of his poker studies and books, Ivan would read through anything he could get his hands on. From cult books such as those of Gus Hansen and Daniel Negreanu, through the Poker Harrington series and all the way to watching all the videos of the Winamax Team Pros, Ivan gave himself a solid basis for his poker skills which he is continuously improving. “I was in my own world,” he says, grinning.

Getting inspiration from the greats clearly has its merits, as Ivan was very quick to adopt to a healthy and professional lifestyle. These habits were obviously kept throughout his life. “I can’t imagine myself starting a grinding session without a physical warm-up. I’ve even gone jogging outside in the rain during a break. My housemates told me I was crazy, but I feel that it does me a lot of good!” And clearly this works, as through his intensive grinding of the €0.15/€0.30 cash games, he managed to increase his bankroll from €100 to €2,000, which gave him the confidence to start playing €5 and €10 tournaments. This quick progression did have its limits though. “One day, I lost €50 in heads-up that I had patiently won throughout the entire day and the previous evening. From then on, I told myself it was time to get better!”

With all the required qualities for a great poker player finally mastered, Ivan had to pass the ultimate test: convince his family that he could become a professional player. After a few years of studies in economics and tourism that seemed to barely keep his interest, Ivan finally got what he wanted: a professional career in poker. “My parents told me that I had one year to succeed, and it was a crazy first month as I managed to beat the game for €30,000.” An early success that could be seen as slightly detrimental to the player’s focus, as he seemed quite content to sit back and take it easy for the rest of the year, not being able to truly motivate himself.

2014 was also the year for Ivan’s debut in live poker tournaments. After playing a few €100/€150 buy-in tournaments in Gujan, where he was very surprised “not to find the same level of play as the online tables for the same buy-in”, the young Ivan of barely 20 years of age decided to make the trip to the Winamax Poker Open in Dublin – “I went all by myself, I didn’t know anyone” – and discovered a world he was completely unfamiliar with. “I arrived right at the start of the tournament, I didn’t even know you could late reg!” A first truly large and professional tournament that brought lots of frustration with it, considering the player was used to playing 15 tables simultaneously. “I was out before even being in the money. Two days of play for nothing was a bitter pill to swallow. I quickly understood that I had to work on my live game and transition more effectively.”

A transition that was very effective one year later. Having qualified on Winamax.fr for the 2015 EPT in Prague, the player who had been killing it on our MTT tables for many months gave an incredibly impressive performance by finishing in ninth place for €68,850. A first cash of the EPT that would lead to four more after registering a total of five times, two of which were through a satellite on Winamax. Add to that two packages to the Main Event of the WSOP (2016 and 2017) and three for the WSOP circuit in Marrakech, Paris and Cannes, and that was all it took for Ivan to earn the nickname of serial qualifier. The WSOP-C was a very profitable trip for the player, as he had managed to win two rings in the CCM Heads-Up and the Marrakech Super High Roller.

So, has Ivan converted to being a live player? “My main objective is obviously to play higher and higher stakes in live play, he says. But I want to keep a minimum of my play online and focus on the €100+ tournaments. This remains to be the best tool to progress and follow the latest trends. However, I will be playing less online. The good old days of trying my hardest to be at the top of the monthly and yearly Grand Prix rankings are over!” And he is no stranger to victories on Winamax, with no less than 83 tournaments taken down, including two Winamax Series titles, a Main Event – having also won the Fièvre that very evening – some HighRollers and many others. Absolutely incredible.

Now that he is surrounded by some of the best players on this planet, and having built his empire all on his own, he will be able to draw on his fellow players’ knowledge to progress even faster. “I was already communicating lots with members of the Team, but now I’m a part of this incredible group of players who are there for each other and help each other through the difficult times.” Now adorned with the prestigious red W – “It’s a truly amazing feeling to be wearing this!” – Ivan can happily get on with his second WSOP, next to those he has admired and continues to admire. “I am continually amazed by Davidi (Kitai). After all these years on the circuit, he never fails to stay on top!” A perfect role model if ever there was one.

You will now find Ivan bearing our little red W badge on the Winamax tables, under the username: “ValueMerguez”. 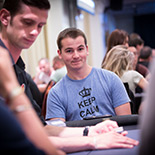 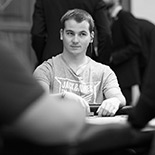 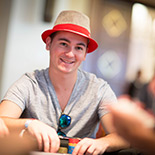 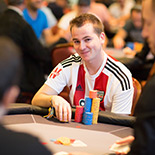 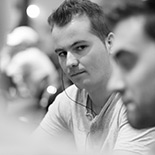 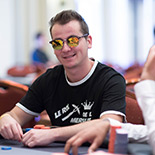 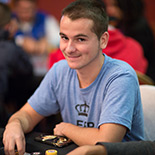 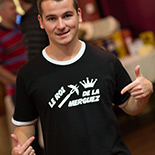