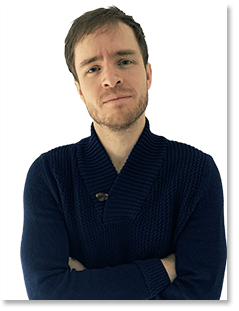 After having broken records in the 2021 Top Shark Academy, our latest 29 year-old addition to Team Winamax from France, who had just missed on the last step of the competition in his first attempt three years ago. Ambitious in every aspect of his life, this hard-worker with a prestigious trophy cabinet for online tournaments isn’t planning on stopping any time soon.

By winning the tenth edition of the Top Shark Academy, François Pirault has received a deserved reward for his several years of hard work. As for many others before him, his rise to the top was full of pitfalls. François discovered Texas Hold’em at the end of the 2000s with his high school friends. Registered on Winamax from the age of 18, and playing his first live games in a hometown poker club, the student struggled to make his first deposits bear fruit. “I thought it wasn't for me," he recalls, “Watching the pros made me dream but after two years, I still had 20 € in my account...”

The first trigger occurred when he discovered, through the pages of a poker magazine, the - basic but crucial – notion of pot odds. "I was relying too much on luck at the time," he recalls. Determined to acquire a solid technical base, François enquired about all the Team Winamax video courses and settled on the site’s heads-up Sit&Gos. After graduating from his business school, he went on to study accounting and auditing, and finally saw his bankroll grow: after a year of studious grinding, he accumulated a thousand euros in earnings. Trying his hand at multi-table tournaments, he began to look at the side of the relentless clickers, those capable of juggling between a dozen tables simultaneously. "I would play three or four tables, maximum. One day I see mafiadu42 [legendary Winamax reg, editor's note] in my €5 tournament. I asked myself what this high stakes reg was doing on my table! I then realised that he has 15 tables open at the same time!" We are at the end of 2011: François decides to install a tracker, and to follow the example of the illustrious grinder.

Shortly after, he went on every poker player’s obligatory rite of passage: the first pilgrimage to Las Vegas and the World Series of Poker in 2012, after winning a series of qualifications on Winamax. "It was really crazy, I was in tears after winning my package!" His World Championship debut will result in an ITM on a $1,000 WSOP tournament, his first ever entry on Hendon Mob. After getting over the emotions from his trip, the young man continued his progression and made a crucial decision in the spring of 2013, just after obtaining a second degree at university: to end his studies and intensify his efforts at the tables. A stay in Australia with friends allowed him to hone his reflexes in live cash-games. One year later, he had made up his mind: François would go all-in on being a pro poker player. To put all chances on his side, he hired a staker to finance his games, then went to Albufeira (South of Portugal) to see what the daily life of a MTT specialists' flatmate is made of. At the end of the excursion, François was convinced: he had found his calling.

But there was a snag: on his return, the grind was not as lucrative as he had expected. Our hero was forced to go back to work and take on a series of odd jobs, mainly in catering. He even went as far as applying to work... for Winamax! "Just a little anecdote: I made it to the third and last interview to join the customer service department, but I didn't make it." Single, unemployed, in debt even, François was on the verge of giving up. Fortunately, the young aspiring pro was able to count on the support of his family and friends: his older brother had come to his rescue to offer him a brand new computer to replace his ageing laptop. A moral boost that allowed confidence to return, and the results too.

At the beginning of 2015, François followed the example of many other French pros by moving to Marrakech. Continuing to progress within a poker house, he admits with hindsight to having suffered from "big mental swings. If I started the month well, I felt more relaxed... I lacked ambition and self-confidence, I didn't dare to set limits, I only played small tournaments." Nevertheless, this was enough for him to earn a living, and to start being spotted live, such as at the Grand Final of the Winamax Poker Tour, where he just missed out on the final table in 2016 (18th), then at the SISMIX the same year (67th). To make up for his lack of motivation, he integrated a coaching programme that transformed him. "I had a real lightbulb moment. I realised that you can become stronger by working on your mindset. Before, I thought I was lazy, so I worked as a lazy person. I've broken chains and released my potential." This technical and psychological leap forward translated into a very high level performance in the 2018 edition of the Top Shark Academy. Now settled in London, François came very close to joining Team Winamax, only failing on the last straight line against his friend Adrien Delmas, who was untouchable that year. No regrets: François sees this failure as a simple step towards new heights. The great sportsman doubled his efforts, worked daily on his game and his lifestyle, and imposed the same rhythm as the most accomplished competitors on himself: sport six days a week, climbing, meditation... He is convinced: "It brings me EV at the tables.”

A new level was reached in 2020: François begins commenting his sessions… not on Twitch, mind you, just for himself. This unusual approach works: "I blew up. I hit a six-figure prize and won €70,000 in a month..." At a time when the whole world is confining, he's working on his technique, working day and night without a break (or almost). In the wake of a victory in the Winamax Pokus in October, he tried his luck again in the competition that had eluded him three years earlier. "I hadn't planned to do the Top Shark Academy again but once I got into it, I put my heart into it. I spent almost eight hours on each of the video events. My goal was really to make Major every week. I didn't want to have any regrets." His motivation and enthusiasm were palpable, and the results were just as impressive: week after week, the competition jury was impressed by the resources and commitment of the “On_The_Road” candidate. In the last event, the traditional MTT challenge, François destroyed all the records, accumulating nearly €50,000 in profit in eight days and digging an insurmountable gap between him and his last two opponents.

At the age of 29, François joined a Winamax Team that he knows well ("I've been following them since the beginning. I admired Ludovic Lacay, ManuB, CrocMonsieur...") and will be rubbing shoulders with many of his idols: Adrián Mateos, João Vieira ("for the way he manages his professional life") or Davidi Kitai. He intends to use this year as a sponsored pro to make a name for himself. But this year is going to take place in an inevitably particular context, with a calendar of competitions that is uncertain to say the least. Whilst waiting for the return of live poker ("I'll give it my all!"), François will be working on his social network skills: "I want to create interactions with the site's players. When I started playing, I loved it when the pros answered in the chat. Now it's my turn!" It seems our 2021 Top Shark is going to play the proximity card. "I like to chat with amateurs. People have told me that I inspire them, and that's the kind of thing that motivates me like hell!”

Whilst waiting for live circuit action to return, you can find François on Winamax, behind the username “On_The_Road”.