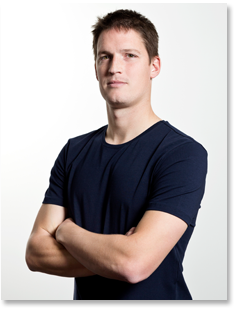 An adventurer since his childhood, Florian Decamps is the kind of player who has competition in his blood. A conquering spirit that played a huge role in his charge to become the Top Shark 2016 which comes after years building a reputation on Winamax after recording a multitude of great MTT results.

Dayton, Ohio, early 2007. If we have to remember the place and time when Florian Decamps discovered poker, it would be this. A business school student and semi-professional football player at Cagnes-sur-Mer, Florian decided to go to Uncle Sam’s country for a year, thanks to a scholarship, to concentrate on what our friends across the pond call soccer. “It was my brother who got me to try online poker,” Florian reminisced, “even though I wasn’t really a total novice.” It didn’t take long for Florian to discover an affinity for tournaments. “Right from the start I always tried to win,” he explained, “I come from a very competitive family and we played card games a lot, like UNO for example: for me it was simply out of the question to lose, no matter what!” A competitive spirit which pushed him all the way to playing in the CFA2 as part of the Saint-Raphaël football team where he took part in pre-season training. Unfortunately an injury forced him to rethink his goals.

Before settling in Antibes in May 2014, Florian spent some time traveling with Gabon, Paris, Sweden, Italy, and Cannes all on his list of destinations. In 2013, like many youngsters, he even decided to head to Australia for a year down under, playing the Aussie Millions in Melbourne while there.

It was during this time that Florian scored his biggest success to date on Winamax, shipping the Main Event for a prize of 17,500 euros. This was just the start of a long series of victories, taking titles in the majority of our headline tournaments such as the XPERT, the Top 50, the Afterwork, the Rush Hour, the Money Time, and many more, topping things off with a Winamax Series title in April 2015. The secret to such success? “I am very calm when playing,” Florian explained, “I select my starting hands very carefully and adopt a tight-aggressive playing style. I try to exploit the players I consider weaker at my table as much as possible.”

All the ingredients necessary to become Top Shark in January 2016, under the name “1flip 2win”, after five weeks of intense competition in which he shined in the MTT challenges while dimming in the cash game events.

On joining the Pro Team with the most titles in Europe, his response left no doubt about his feelings, “I thrive under pressure,” he stated matter-of-factly, “It’s a motivating rather than stressful factor.” A statement that could be considered a little pretentious for a player who still has everything to prove on the live scene. But with such determination and a place in such an experienced Team, he has everything he needs to evolve. It certainly looks like the best is yet to come from Florian. 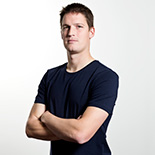 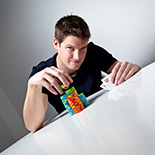 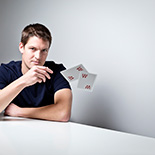 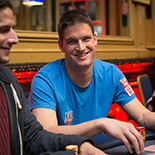 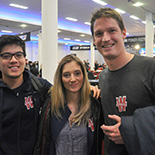