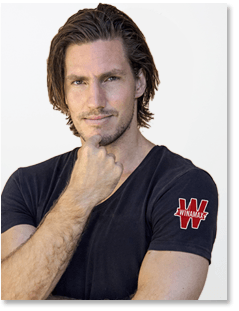 The hands-down winner of the very first edition of the Spanish Top Shark Academy, Borja Gross has now become the third Iberian to reach the ranks of Team Winamax, along with Adrián Mateos and Leo Margets. A die-hard globetrotter whose comfort zone extends from cash games to MTTs and Expresso, this Andalusian is one of those chameleon types, a player who can adapt to any environment or situation. Things are certainly falling into place for him in 2020 – he’s off to spend a year travelling to all the best festivals on tour!

Borja’s love ballad with poker started in 2011, when he first tasted the excitement of our favourite game. Barely 20 years old at the time, the Málaga lad’s sentimental beginnings with the green felt were pretty much standard fare, but bonded into a long-term relationship: games among friends, hours spent watching all the videos he could get his hands on, and plenty of time to share those first toddler steps with his mates.

“At my secondary school, we got together for a game every week,” Borja recalls. “Pretty soon, I realized I was coming out ahead of the others. People started telling me about GerardX, a pro player who ran an academy, and so I soon got in touch with him. If poker was something you could learn, then I really wanted to. I even dreamed about it at night!” It was through that online academy that Borja first heard about the concept of expected value (EV), that oh-so-key notion, and he started to understand everything it implies. That discovery would completely change his perception of poker.

Then in 2013, as a Physics student at the University of Madrid, Borja headed for Germany on the Erasmus exchange programme. To pick up some spending money, he rekindled his bond with cards by taking a job as a croupier at the Baden-Baden Casino, even though it was over an hour and a half away from his apartment! “That lasted six months,” he explains. “I enjoyed trying to guess which cards the players had... but after a while I couldn’t stand being on the house side of the table.”

As is often the case, getting to the next level turned out to be tough, and some inexperienced mistakes were made along the way. “I remember one time in my early days when, after several months playing in micro-limit games, I jumped into a 100 no-limit session. I lost €50. After that, I promised myself to always stick to my bankroll management principles.”

Having got back on track and continued making progress, Borja soon found himself at a crossroads. This was still in 2013, when he was faced with a big decision: carry on with his studies, or pursue his dream to become a professional player. You know which option he chose... “I was totally hesitating about my future when some friends were getting ready to go to Uruguay to do some training. At the time I was hovering between €1/2 and €5/10 tables. I did the maths. To join them, I needed to spend three months’ worth of work. A hefty investment, but learning from the best seemed like an opportunity I shouldn’t miss.”

So Borja packed his bags and flew to the land of Luis Suarez, to spend four months with players who would become genuine mentors. This experience enabled him to approach poker as a full, stable, organized lifestyle. “I learned to attach importance to the mental aspects, to the preparation, to sport and nutrition, and not just to the technical side of the game. Today, I think I can say I made the right choice to go there!”

However, when he left South America, Borja chose not to return to Spain. Instead, like many of his compatriots have done, he headed for England, and more specifically Bournemouth, on the south coast, where he ended up spending three years in a fairly populous Spanish expat community. “It was like a dream. We lived together, commenting on each hand, talking strategy for hours and hours, all with one common goal: progress.”

In hindsight, Borja sees those British years as a transitional phase. After a while, he started to get bogged down by those long cash game sessions. So he tried switching to Expresso, found his groove there and progressively moved up in the stakes. Meanwhile, from time to time he treated himself to an online MTT or a trip to a big live tournament. In 2015, Borja travelled to Las Vegas to compete in his first World Series of Poker, signing up for the legendary $10,000 Main Event, in which he finished 509th out of 6,420 players, hauling in $19,500, his biggest winnings at a live event to date.

Time passed by peaceably, but Borja wasn’t satisfied yet. Seeking out new experiences away from the poker table, the Malaga native returned to Spain in 2016 to get acquainted with a field that isn’t all that different from poker: trading. This stint would merely prove to be the calm before the storm. Motivated by Winamax’s arrival in his native land, he made his comeback in 2018, ready for new challenges with new ideas and new goals. One target on the agenda was at the Gran Casino de Aranjuez in October 2019 for the launch of the Winamax Poker Tour Spain, having picked up his qualification online.

Borja slipped through the crowd of hundreds of amateurs, asserting himself as one of his country’s top dogs in a freeroll tournament, winning a ticket for the Grande Finale... where he will compete with a cool red W on his chest thanks to an astounding run in the first Spanish edition of the Top Shark Academy. Never on top yet never in trouble in the early rounds, he calmly worked his way to the final, which he dominated head and shoulders over his opponents to win a one-year contract with Team Winamax worth €50,000.

“It’s a dream come true,” he concludes, “a crazy goal that has come to life.” As a member of the Team, I hope I can secure some nice results and become a source of inspiration for others. I’ll be able to move ahead with so many players I admire, who I’ll learn a lot from. Gaëlle’s composure, Adrián’s ambition, Leo’s poise and people skills, João’s knowledge, Romain’s energy, Davidi’s experience… I’m sure I’ll pick up something new from all of them. I can’t wait to seize these moments!”

When he’s taking a break from the live tour and isn’t posting pics of himself in idyllic scenery on Instagram, you can measure yourself against Spain’s first Top Shark by searching the MTT tables for the username Timotyy.