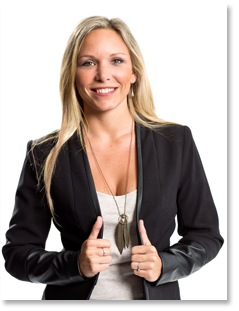 Regular in Paris poker circles since 2009, Aurélie Quélain is a true specialist of live poker tournaments. This ex-gymnast turned to poker despite a successful career as an engineer, she has tenacity and patience which are her two biggest assets at the table. Already recording top performances in France and around the world, Aurélie now aims to show her ability in the biggest competitions in the world.

Spirited competitor, Aurélie Quélain has had this in her DNA since a very young age. First as a gymnast, practiced seriously until the age of 16: hours of training every week and competitions all over France… “A true full-time hobby,” she said, “But it’s a discipline in which we quickly become too old!” She then turned to the dance floor: “Rock, salsa, acrobatic dance, I tried everything, just about.” While studying, poker became an easy way of quenching her thirst for adrenaline. “Alexandre (her companion since school) and I started playing at home with friends, with buy-ins of just a few euros. This is how we built our first ever bankroll.” Just like thousands of other players all over France, their first visit to the Aviation Club de France was like a rite of passage. “We started with €50 tournaments which took place every night. At the week-end we watched the €500 tournaments out of the corner of our eye thinking, ‘It’s crazy playing for so much money!’”

Aurélie didn’t know it yet, but these tournaments would not be out of her reach for very long. In 2009, regular of Parisian poker circles, she worked her way up at her own pace, taking all the necessary steps. “The ACF quickly became our HQ, we made lots of friends who we hung out with and discussed strategy.” Aurélie wasn’t long in casting away the image of the “young beginner who’s easily intimidated” and became known as a real “reg”. At this time, Aurélie was an audio-visual engineer and was in a great position professionally: company car, mobile phone, responsibility and a good salary… none of which stopped her dreaming of different things: “I was offered a new situation away from my chosen field, as well as poker, things were going great.” Sat on the horns of a dilemma, Aurélie gave herself three months to try in full the world of cards and chips. “That was three years ago and I haven’t had to get my CV out since!” Three years in which her notoriety in the circuit increased, with final tables and major wins, notably the Marrakech Poker Open in 2013 – the Red City seems to favour her which another success there in June 2015 when she finished in ninth place at the Winamax SISMIX.

When asked about her influences in poker, her instant response was: “Alexandre. At once my soulmate, my best friend, and the poker player who impresses me the most, and still impresses me to this day, consistent and capable of crazy reads. His results push me to improve, to become even better.”

Tournament specialist (particularly short-handed), Aurélie has a reputation for being patient and thoughtful at the table, as well as an essential tenacious quality: “I never give up, down to my last chip.” Now part of Team Winamax, Aurélie is working towards two objectives. One is obvious (“Win tournaments!”), the other is more romantic: “I would like my prize-list to show the flags of every country in poker.”

When she’s not adding new flags to her collection on the international poker circuit, Aurélie Quélain plays on Winamax under the name “RunGood4Love”. 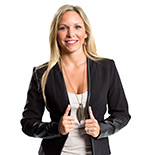 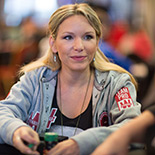 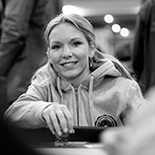 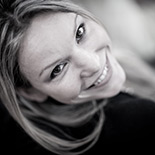 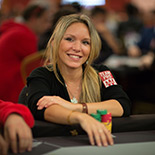 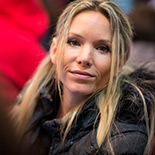