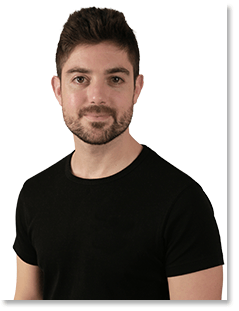 After an exemplary career, this Andalusian player won the Spanish Top Shark Academy just two years after discovering poker. A young amateur still learning the game, but full of ambition, he embarks on a year marked by the red W..

Álex Romero could probably never have imagined that a simple tweet would trigger such a radical change in his life. When @_Lassana_, an influencer with 150,000 followers, directed his community to a YouTube channel dedicated to poker, our young hero took this recommendation very seriously. He began to watch videos, then tried his hand at €2 and €5 tournaments on Winamax, behind a username inspired by the And1 brand, reflecting the basketball fan that he was. There was a bit of a learning curve at first... but he eventually found a certain interest in it. Then came the fateful month of March 2020: a certain virus suddenly turned our lives upside down. Locked away at home in Guadix (Andalusia), forced to put aside his work as a school physiotherapist, Álex continued to learn poker, applying the main principles of the game and laying the foundations of a strategy. The first convincing results came at the end of 2020: a third place finish worth €1,600 in the “Pour la Daronne” tournament, followed in January by a second place worth €1,500 in the “Guerilla”. Álex then realised that his confinement hobby, which he practised one or two evenings a week, was proving to be quite lucrative.

Two encounters - virtual, but with real repercussions - took him to the next level. After discovering Javi Fernández’s (aka "DonacionesSL") stream, he discovered a new kind of poker: more aggressive and more exploitative. In short, a much less conservative playstyle than he had ever known. This led to a profound change in his style of play, making it emulate that of the most successful MTT regs of the time. An evolution in his playstyle that was accentuated after winning, via a contest, an hour of coaching with "Tonyrastas", a very famous Spanish pro on the other side of the Pyrenees. Together, they review a tournament played by Álex: they detect a certain number of errors linked to his inexperience... but also a certain potential. Thrilled by this meeting, the Andalusian embarks on a series of investments (a new laptop, several software programs and other trackers) and enrols in some of the best poker schools in Spain. He didn't realise it yet, but he had taken his first step towards turning his hobby into a career.

But he still had a lot to learn. The second edition of the Spanish Top Shark Academy, Team Winamax's annual recruitment competition, was held in the winter of 2020/2021 and captured his attention. To this day, he remembers being completely caught up in the game, refreshing the rankings every day and feeling the thrill until the last twist of the competition won that year by another Álex, Hernández aka "arrobares". This is what prompted him to try his luck a year later, for the third edition of the competition. And1ero entered the Academy in the third week (not without a bit of success, as he admits in retrospect), and despite his lack of experience and notoriety, he did well, finishing as Promo Major twice and going through all the rounds of the competition without ever being nominated. This was important for him, because when Álex entered the competition he knew that being an anonymous amateur would certainly deprive him of the precious support from the community if he had to go through the "Repechage vote" imposed on nominated candidates. This is where the advice of Nacho Bárcenas, a former Top Shark finalist he met on one of his online courses, proved to be decisive: "In the theoretical tests, you can afford to submit a poorer piece of work, as long as it shows real work, real effort and a real interest in the competition.” A philosophy that Álex followed to the end, reaching the final round along with three competitors with much more experience than him.

At the end of the race, the mental aspect played a major role for the man who defines himself as a positive person on a daily basis. Drawing on his strength of character, Álex convinced himself that he was capable of winning despite his “underdog” status. Twelve days and nights of battle later, the countdown was over. After a superb final sprint following a rather timid start, lifted by victories in the Nitro and Event 172 of the Winamax Series, Álex nailed his last three opponents. He crossed the finish line as the winner. The dream was now a reality. Álex "And1ero" Romero is the third Spanish Top Shark in history: he joined Team Winamax for a year. “It was very, very hard," he said a few moments after his triumph was confirmed. “I didn't get off to a good start, I'm not used to playing for so long. On top of that, I had a long-planned holiday in the Canaries with my girlfriend, my sister and her boyfriend. I was playing whilst they were walking around, but nothing worked... until I got home!" But the most unlikely detail of his journey was yet to come: "My family doesn't even know I play poker! I'll have to tell them everything." Unheard of!

However, beyond the cards, who is hiding behind the username And1ero? Among his great passions, not unrelated to his love of poker, are mathematics. "If I hadn't been so interested in the world of sport, which led me to pursue a career as a specialised physiotherapist, I would probably have gone on to study maths. I've always loved numbers. That's one of the reasons why I got so involved in poker so quickly." His studies had forced him to leave Guadix for Murcia, in the South-East of the country... before returning to his native land once he had graduated, and starting work as a children’s psychomotor physiotherapist. What was initially intended to be a replacement for a few months eventually turned into a full-time job for seven years.

An activity that he will probably have to put aside for (at least) a year, in order to fully live his adventure within Team Winamax. His contract entitles him to a comfortable €50,000 budget to compete in the most beautiful and prestigious live festivals on the planet. A field where Álex makes no secret of his almost total inexperience, having only played once "on the felt", in a local low-cost tournament. "I can't wait to go and play these tournaments that I've followed so many times on the Internet, to share life stories and experiences with the rest of the Team, and to make the most of this incredible opportunity." Carried by his dream, still young and confident, Álex has all the cards in hand to go far, very far.

Whether you're an amateur or an experienced player, you can play against Álex through Winamax tournaments, where he plays under the username "And1ero".