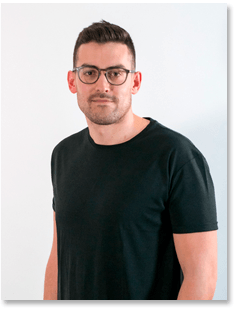 A regular of our biggest Expresso tournaments and the fourth Spaniard to join Team Winamax is considering this latest step in his career as a personal challenge. All we wish for him now is that he is able to wear the red “W” logo proudly in the biggest and best live tournaments!

Alex "arrobares" Hernández started following the first Spanish edition of the Top Shark Academy as a spectator in 2019. Thrilled by the exploits of his friend Javitxu until the final event won by Borja Gross, and seduced by the concept of the competition (“a very cool, very entertaining format”), he launched himself into the qualifiers for the second edition with an idea in the back of his mind: “I wanted to spend a little more time playing live. The Top Shark seemed to me to be a great opportunity to do so.”

Let's rewind a bit. Before settling in Andorra to live his poker career to the full, this 30-year-old pro born in Albacete (southern Spain) was the type to collect stamps on his passport: Ireland, the United Kingdom, Turkey, Egypt etc. "I studied in Dublin and then started working in the wind energy industry, which allowed me to travel a lot." A nomadic lifestyle that did not end until end of 2019, when he settled in the neighbouring Principality of his native country.

Stumbling upon a poker game on TV, organising his first games with friends, going in search of information and advice on the Internet: Alex's beginnings towards the end of the 2000s resemble those of so many others before and after him. Then comes the day when, among his circle of friends, he is the only one left who wants to play. That's when Alex decides to switch to online play. "I started out with cash games, where I applied a short-stack strategy that was popular at the time among a lot of Spanish winning players." His studies in Dublin took him away from the tables for a year, but he returned to Spain, playing alongside his engineering studies and collecting his first regular winnings.

It was during this period that Alex plunged headfirst into the Expresso format. "I started playing a few of them, just to try them out. I quickly realised that players made many more mistakes than in other formats." As he scrolled through the EducaPoker coaching site, grinding up the ladder until he reached the €50 tables. "Then I had a little more trouble making the transition to the €100 Expresso tournaments. I'm still working my way up to the €250 tournaments today." Alex's profile doesn't correspond to that of a multi-table tournament specialist, but this didn’t prevent him from showing his excellent skills on the final event of the Top Shark Academy, the dreaded 8-day MTT marathon.

Now a full certified member of Team Winamax, Alex sees new horizons opening up for him and, hopefully, the prospect of attending a live circuit where his record of achievements currently boils down to two €500 tournaments. "The coming year is clearly an uncertain one. I can't wait to discover Las Vegas and play there, it's what I've always wanted to do." In any case, live or not, Alex assures us that he will be an exemplary ambassador to the Iberian players.

When he's not grinding Expresso, Alex is a great sportsman who is always out and about: by bike, on a snowboard, or simply on foot - at a fast pace of course, simply because the second Spanish Top Shark likes anything that goes fast. Especially cars: "I've always liked car racing simulations on console. I have all the equipment at home: steering wheel, pedals, giant screen... My dream is to one day be able to drive on real circuits, with my own racing car." In the meantime, you can find Alex on Winamax, clicking at full speed in search of his next jackpot, behind the username "arobarres".