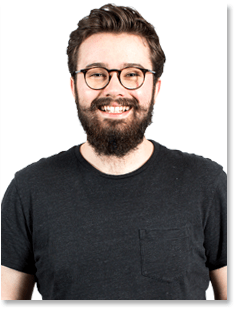 At just 22 years of age, this rock star of a player has one of the shiniest trophy cabinets on Winamax in MTTs, and is becoming an increasingly influential presence on the live tournament circuit. We are sure that our new Winamax Team Pro’s career will only be going up from here!

It was during his studies that Adrien Delmas first encountered the game of poker. “My cousin was the person who first introduced me to Texas Hold’em. “He described it as a strategic and competitive game, whereby winning is achievable through study and preparation.” This peaked Adrien’s interest, as he was already a big fan of complex video games such as Counter Strike. “I borrowed three books, and had completely finished reading them and taking notes before even playing my first hand. I was fascinated: it was like a puzzle to me, full of complex riddles to solve.”

Adrien then decided to apply these first notions he had to live poker, through freerolls organised by a French player’s association, and on Winamax, with his first real money games starting at 0.25/0.50. “I had decided to apply correct bankroll management right from the start”, he explained. “I never played above my means. I would write down all of my results in a little notebook.” His first steps went well. After six months of playing Sit&Gos, Adrien’s capital grew by €500, which he then reinvested in multi-table tournaments. Six months later, his bankroll peaked at €5,000!

Following on from this great dynamic, Adrien decided to attend his very first live tournament, the Winamax Poker Open in Dublin, at the age of 19, for which he qualified after winning an online team championship. We are now in September of 2014, and this one-week trip will soon become an initiation into the world of poker. “Seeing Davidi Kitai seated at the table was something of a magical moment for me”, Adrien tells us. It is also in Dublin that Adrien will form a lasting friendship with a certain Ivan “ValueMerguez” Deyra (who was also just starting out at this time) and… reach the final table of the WPO, finishing in fourth place for €35,370. “I wasn’t applying any pressure on myself as I was immersed in my studies, this was simply a bonus for me”, he explains.

Friends, a final table and a huge jackpot: having been galvanised by this first experience among the pros, Adrien intensified his poker training and proceeded to run up a long list of final tables online, all the while continuing his studies. “I would sometimes finish my session with a victory at five o’clock in the morning before heading straight for class just three hours later!” All of this hard work ended up paying off: in September of 2015, Adrien pocketed a total of €50,000 throughout the Winamax Series tournaments “without even taking a single title”.

This big score convinced Adrien to play poker full-time, without even giving up his studies: this decision coincided with his departure from Edinburgh for his Erasmus program, with Ivan Derya coming along for the ride. Now professional poker players, they decided to spend 2016 visiting the highlights of the circuit and picking up some hefty results, with Adrien taking third place in a SISMIX High Roller in Marrakech, and adding a pile of titles, including a victory in the Winamax Series from January, to his trophy cabinet. Having, in order, taken a Summer Series bracelet, made some deep runs in the WSOP during his very first trip to Las Vegas, taken a second Winamax Series title and graduated with excellent grades, Adrien then won his biggest live score in September of 2017: a victory in the Dublin Winamax Poker Open Highroller.

This quick succession of good results has very little to do with luck and much to do with the intense work put into these achievements. “I am constantly perfecting my game”, Adrien explains, with two objectives in sight: “To not get caught up and to fill the gap between me and those who are ahead.”

As a hard-worker who is already close to other members of the Team and at ease in both online and live environments, Adrien Delmas seemed to fit the picture of the ideal Team Pro before even joining us in January of 2018. However, as he likes to point out, his place in the team was “won and not given”. He also wished to add, “Joining the Team is not an end of any sorts, but a new beginning instead.” We have been warned: the best is yet to come for Adrien Delmas!