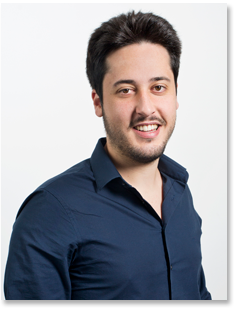 For its first recruitment from Spanish soil, Team Winamax welcomes into its ranks a young professional who has arrived on the circuit like a tornado. In just five years, he has already won almost everything, from Madrid to Las Vegas, from Monte Carlo to Enghien, from Prague to the Bahamas. Adrián Mateos Díaz already has ten million dollars in live and online winnings, but he doesn’t intend to stop there.

Adrián Mateos Díaz was 16 when he came across a poker tournament on TV. Long before this, his parents and grandparents had already passed the passion for card games on to him: seduced by the mathematical aspect of Texas Hold'em, it soon became his obsession. Whilst not yet an adult, Adrián was up and running, reading up on the Internet and winning his first pots against other fans in the clubs of San Martin de la Vega. "I watched all the videos, everything I could find online: that’s all I thought about. I had already decided that my future would be in an activity where one was rewarded in proportion to the work done. Poker seemed to me the ideal discipline for this, and even before I played my first tournament, I already fancied my chances." Adrián already had a taste for competitions, due an adolescence spent on the tennis courts, where he used to face - and beat - players older than him. This scenario repeated itself during his first poker games against strangers: "I quickly realized that I was much better than them."

From then on, Adrián had only one idea in mind: to reach Madrid, the capital, and its casino. This was to occur immediately after celebrating his 18th birthday (and obtained his driving license, the “open sesame” for travelling the 30 kilometres from San Martin de la Vega!) "My first trips to Madrid were amazing," he remembers, "I was going, I was winning. I was going back the next weekend, I was still winning. And so on. I was really lucky in the beginning." One Friday night, the student announced to his colleagues that he was about to play his very first major poker tournament, a €600 event, funded from his winnings in the past month. Three days later, he returned to school with a victory: ahead of more than 300 players, he had just won €33,000!

Adrián had not yet realized it, but he was experiencing the first chapter of the most dazzling career ever observed in the history of modern poker. He spent his weekends in Madrid and climbed the rungs at full speed: "There were not many tournaments on the programme, so I began to work the cash game: first at €1/€2, then at €2/€4, then €4/€8 ..." Three months later, he won a second tournament, for another €100,000. One year after his debut, his work bore fruit in record time: Adrián was already ready to face the world elite who, stunned, were to see the Iberian tornado surge over them.

It was in Deauville, in the winter of 2013, that he would play his very first European Poker Tour tournament: Adrián was now facing the great figures of poker that he had still been watching on television a few months earlier and... he felt at ease! "There, I met other Spanish players, like Sergio Aido and Javier Gomez, and they quickly became good friends. In the Main Event, I tried a huge bluff in the second hour of play - and it worked! I could not believe it. I realized that I was not afraid. Then I won a €10,300 Highroller satellite, and reached the paid placings, against a lot of very good players: Kevin MacPhee, Jonathan Duhamel, Martin Jacobson ... At first, they tried to intimidate me, but they did not know me, and it did not take them long to respect my game. For all these reasons, this trip to Deauville changed my life."

Encouraged by this first successful experience among the pros, Adrián was to redouble his efforts. He left university, settled in London with his new pro friends and continued his online apprenticeship, together with travel. "This was not a difficult decision to make. In a worst-case scenario, if it did not work, I could always go back to school. I had nothing to lose and everything to gain." In October 2013, after winning $300,000 on the internet, he landed at Enghien-les-Bains, where the European edition of the World Series of Poker was to take place. He was to dominate from start to finish in one of the most important tournaments of the year, beating players of the calibre of Dominik Nitsche, Benny Spindler and Fabrice Soulier in the final, becoming World Champion and a millionaire. He was only 19 years old.

Adrián's first victory in Madrid had given him the confidence to try his luck on the pro circuit. Enghien-les-Bains enabled him to become a permanent fixture on the most expensive tournaments on the planet. Since then, he never stopped travelling, accumulating results in all the top European poker venues. In 2015, he conquered the other Major Tournament in the Old Country - the Monte Carlo EPT Grand Final - surpassing 563 players, for a new seven-figure prize. Since that time, he has been treated as a veteran on the circuit: found everywhere, always feared, and respected above all.

Adrián’s track record in finals kept increasing, as did his experience. It now remained for him to weigh in on the continent that saw the birth of poker: America. This was to be done on his second pilgrimage to Las Vegas. There, he won a second World Champion bracelet in an event that brought together 1,840 players and, in the aftermath, fighting in major Highroller finals throughout the city. He continued his undermining work back in Europe, with new finals in Malta and Prague, and drove it home in 2017 by setting a new record: with his victory in the WSOP heads-up event, he became the youngest player in the history of poker to hold three bracelets, at 22 years old.

Still very young, but with a track record and experience ranking him among the greatest, Adrián Matos Díaz joined Team Winamax in 2017. In five years, the first Spanish player to join the ranks of the team has accumulated 100 results in four hundred tournaments played, reaped ten million dollars in winnings worldwide, won many victories on the internet, and the respect of the entire pro community. His beginnings on the circuit seem so close and yet so far away, at the same time, and it is still by studying that he approaches the game he has managed to master so quickly: "To succeed in poker, you must have self-confidence, and fancy your chances. But you must also be humble, admit that you make mistakes, and work to correct them. I have spent a lot of time studying my opponents, and I still spend a lot of time doing that today." What goal remains for one who has already won everything? "I am currently number 5 in the Global Poker Index: I would like to celebrate my first birthday with Team Winamax in 1st place!"