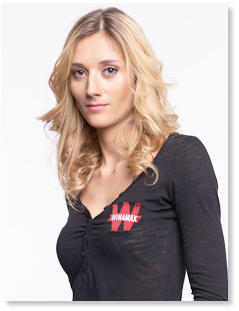 Serious fans of poker will recognize Gaëlle from the 2012 World Series of Poker, where she captured $590,442 in cash with her 10th place win in the Main Event. Out of a field of 6,598 players, Gaëlle’s play was highly lauded as the best feminine performance in this tournament in the last 17 years!

Gaëlle Baumann was first introduced to poker while studying in Perth, Australia. Invited by friends to play a round, Gaëlle had a “run of beginners luck, and completely cleaned the table”.

In 2007, after her first positive experience playing poker, Gaëlle decided to try the next step, depositing €100 on an online poker site, and stating “If I lose, I quit!” This actually never happened: Gaëlle learned the game and progressed quickly, racking up victories on the STT tables.

A first MTT victory of $1,500, confirmed her future potential. However, she quickly lost this sum and decided to try another discipline: the cash game tables.

Thousands of hands and $7,000 in winnings later, Gaëlle made a name for herself on the online cash game tables among the “limpers”, who made her an offer she could not refuse: several months of coaching from some of the best European cash gamers.

Over the course of 6 months, Gaëlle progressed at lightning speed. During this period she accumulated $22,000: among French grinders, she became known as one of the few female grinders online. Such notoriety pushed Gaëlle to take on a new challenge in early 2012: One and a half years after deciding to make poker her full time job, at 28 years old she decided to join one of Europe’s most prestigious teams: Winamax.

In 2012, Gaëlle made it to the semi-finales of the Ladies Championship, 15th place against 936 players. But where Gaëlle showed her true value was at the 2012 Main Event in Las Vegas. Through 7 days of duking it out and over 70 hours of play, Gaëlle must have experienced a huge range of sensations: from chip leader at the end of Day 2, formidable media coverage centred on her to the bubble of the final table. Gaëlle has already made poker history.

Gaëlle is a notorious cash game grinder, well known as one of the best female cash game players on the internet. You will find her on the Winamax NLHE tables ranging from €2/€4 to €10/€20 under her screen name "O RLY". 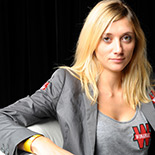 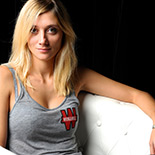 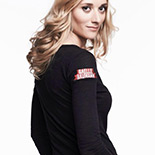 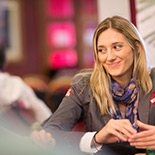 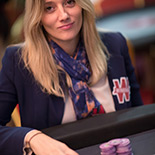