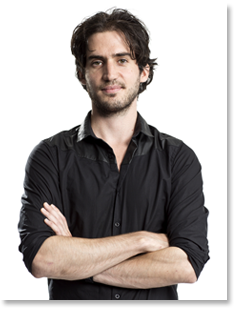 He has taken on, and defeated the best players in the world online in almost every variant imaginable at astronomical stakes. As part of Team Winamax, Alexandre Luneau’s goals are clear: do the same on the live tournament circuit… and bring home a World Champion’s bracelet!

“You need to play the best to keep improving,” Phil Ivey once said when sitting down to play a $1k/$2k game, to who did he give this rare compliment? Patrik Antonius? Phil Hellmuth? Doyle Brunson? Tom Dwan? Jennifer Harman? All wrong. The iconic pro said this to a much more discreet player, who quietly gets his business done out of the limelight: Alexandre Luneau, just 27 years old, is today considered one of the undisputed kings of online high stakes cash games.

Years before regularly sitting at the same tables as the most feared and respected players in modern poker, Alex saw poker as little more than a game of chance. “I was 19 and a friend explained the rules to me. I created an account with the sole intention of proving that it was impossible to win at this game!” At the time, Alex was at engineering school. His initial deposit of just five dollars was the only one he would ever make which he eventually turned into an eight figure bankroll.

Poker just a game of luck? In just his first week online, Alex worked up to 350 dollars. His curiosity piqued, Alex threw himself into learning the games, wherever he could: books, forums, web sites. Within months he had moved up the stakes at a regular pace, quickly specialising in cash games. Particularly in the purest version: heads-up, mano a mano. He was soon faced by a crucial decision. “My studies didn’t really interest me a great deal. I knew I had to do something else. So, I quit, knowing that I would continue to progress in poker or simply register in a different school.”

We’ll let you guess which path Alex took: three years after playing his first hand of poker, he became a regular at the biggest cash game tables on the internet, the infamous nosebleeds – known as such due to the enormous stakes in play. He wasted no time in taking on the likes of Gus Hansen, Viktor Blom, and Tom Dwan, with daily wins and losses of up to six figures. An awesome spectacle for a legion of railbirds, riveted to their screens day and night. When he finally found himself sitting across from Phil Ivey, Alexandre told us, “I felt like I had reached the final boss.”

Alexandre Luneau didn’t wait till he joined Team Winamax to play as a team. There are two moments that were critical in his journey, without which he would perhaps not be where he is today. He joined the Limpers community in 2009, and in so doing found a the perfect cocoon in which he could develop, discuss the game and nurture his talent by learning from some of the best cash game players around: Cyril “Don Limit” André, Renaud Desferet, Nicolas “Arctarus” Ragot, Rui “Gohanounet” Cao… A veritable who’s who of players who have built a reputation online, a long way away from the TV tables of live tournaments.

And then there was Sébastien Sabic, Limit game specialist, which opened up new horizons for Alex. “Seb is the one who helped me develop a mathematical approach to the game, and it’s thanks to him that I progressed in every variant. Before that I was simply using feeling! There’s no doubt that I worked hardest on my game and improved the most with Seb.” At this point, Alex was a firmly established high stakes player, with an average of 200,000 hands of poker played every year at the highest stakes available: he couldn’t leave anything to chance or approximation in his strategy and his objective was clear. He wanted to reach GTO (Game Theory Optimal) play, the ultimate objective of all the best players. In other words: the perfect playing style, optimal, balanced in all circumstances and completely un-exploitable.

Like many of his peers, Alexandre stayed a long time in the background, letting his online exploits write his legend, giving very few interviews to the media and not telling bad beat stories on Facebook. It was only recently in the internationally successful documentary, Nosebleed, that the world was able to learn something about who he is.

Today, Alexandre Luneau has only one piece of advice for those who want to improve at poker: work, work and even more work! “You must study your hands, constantly asking yourself why you acted one way or another and find other players to talk with… the more years go by, the more mathematical my game becomes. High stakes poker is more and more difficult and we must improve constantly in order to stay at the same level.” And what’s the trump card of the new Team recruit? His knowledge of every poker variant, even the most obscure: Stud, Razz, and even Deuce to Seven Triple Draw, which he says is his favourite game.

Reputed as an all-round player, Alexandre Luneau joined Team Winamax in November 2015 with one simple goal: replicate on the live tournament circuit what he has done in online cash games, and win a World Series of Poker title. He begins next summer with a fully-loaded schedule which includes the biggest events of the series, including the infamous $50,000 Poker Players Championship, which many consider one of the most difficult tournaments in the world, with no less than ten different games to master in order to triumph.

In the meantime, Alex can be found on Winamax, where he plays under the name “Alexonmoon”. 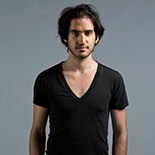 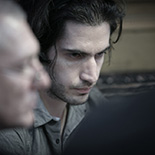 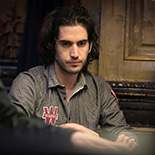 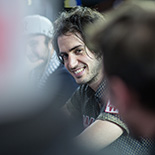