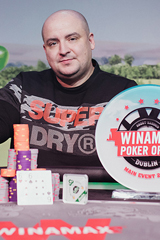 For its return to the City West Hotel, the eighth edition of the Winamax Poker Open was set to outdo itself once again; and boy did it deliver! 1,191 registrations to the Main Event allowed the 2019 WPO to become the biggest 6-max tournament to ever be organised this side of the Atlantic. With even more side events (40 in total), crazy activities in the Leisure Room, laughs, smiles and plenty of alcohol! Once again, we left Dublin with plenty of new memories to share. Andrew Dooley and Karol Wojciechowski both ensured that the Irish flag was lifted on the top two steps of the podium. The latter was able to walk away from the Main Event €89,716 richer, following a deal between both players. We are looking forward to the next chapter of this story next year! 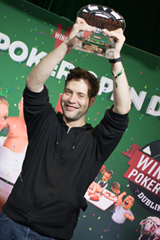 For its grand finale at the The seventh edition of the Winamax Poker Open was undoubtedly a celebration of “first times”. It was the first time that the most fun tournament of the year was held at the CityWest, the biggest hotel in Ireland, hosting a pile of side tournaments with incredibly high attendance numbers and the Main Event, which amassed a total of 1,069 buy-ins. It was the first time that the “boss man” Patrick Bruel decided to stop by for a Guinness in Dublin. However, the first times were not only on the poker tables, as the Leisure Room took things to the next level with the legendary Winamax Beer Pong Open, an enormous Blind Test and the Grand Quiz. The Leisure Room also welcomed the incredibly talented DJs Victor ‘Choop’ Choupeaux and Nico Moot. It was the first time that Adrien Delmas, our new Team Pro, won a big live title in the Highroller. The Main Event then finally crowned its winner, Otto Richard, a discreet but talented player, who took down the tournament after a diverse and very competent final table, notably getting the best of Sonny Franco heads-up. Overall, the festival was very successful, partly thanks to the Irish cuisine and the sun of Dublin, which decided to show itself exceptionally for this year’s edition. 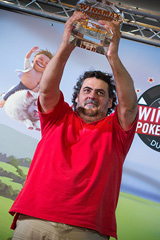 For its grand finale at the Regency Hotel, the Winamax Poker Open made the walls tremble once again, most likely due to the fact that 978 entrants for the Main Event came to populate a very lively tournament room. With the inaugural Starter to the Famous Irish Poker, the brilliant “Déglingos” and, for the very first time, a Highroller, there was more than enough action to go around. However, as is demanded by tradition, it was at the heart of the Leisure Room that the majority of the shouting and chanting was coming from, with a Blind Test, a Grand Quiz, and the ever-popular Winamax Beer Pong Open, which not only brought out the players’ passion, but also their elaborate costume ideas. These were also revealed during a surprisingly bouncy and animated Final Table, which was concluded by the masterful hand of Antonin Tesseire. To think that the WSOP champion would not even have been present were it not for his son’s insistence, who finished in 33rd place himself! A story not to be forgotten, with many more to be written in 2017! 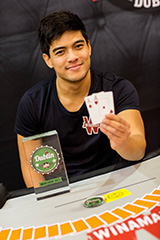 Year after year, Dublin becomes, for one week-end, the capital of short-handed poker. In 2015 this was once again the case for the sixth ever Winamax Poker Open. With 959 entries in the Main Event and a Leisure Room proving better than ever the popularity of the festival. As always games such as the Blind Test and Grand Quiz were in fine form as well as the all-new Winamax Beer Pong Open! Shouts and singing resonated until the early hours from players who were clearly not just there to play cards. Speaking of poker, the victory was taken by a certain Pierre Calamusa, on fire throughout the tournament. In only his second tournament as part of Team Winamax, ‘LeVietF0u’ put in an incredible performance, winning the final table in just two and a half hours, against notable players Louis ‘labrik’ Linard and his Team Winamax colleague Guillaume Diaz. And you know what? We promise it’s going to be even better in 2016! 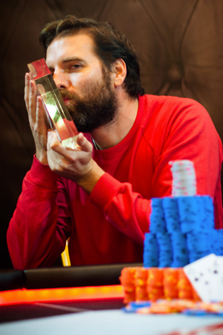 Arriving at the final table with the smallest chip stack, Tom Kitt put in an incredible performance to take home the 2014 edition of the Winamax Poker Open, and become the first Irish native to lift the trophy since Alan Trueick in 2010.

Over one thousand players joined us for the fifth year of the WPO in Dublin with more side events than ever (11), crazy cash games 24 hours a day and non-poker entertainment by the bucket-load which proves once again that the WPO is the most fun tournament of the year! 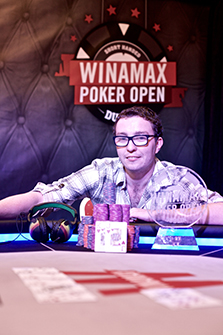 In the fourth edition of the Winamax Poker Open, the records were smashed once again with 1,086 registrations for the Main Event, confirming once again its status as an iconic 6-max tournament. But in Dublin, we’re not only there for poker. In addition to the numerous side events and 24 hour cash games, there’s also tons of fun to be had; including games of all kinds (mini-golf, pool, darts and even rodeo) and a huge quiz as well as parties at all hours.

Everything is there to give you four truly memorable days. In the end Jerome Guermeur emerged victorious, the Frenchman who had made the short flight over from France with some friends, leaving the emerald isle with €75,000! Will this year be your turn? 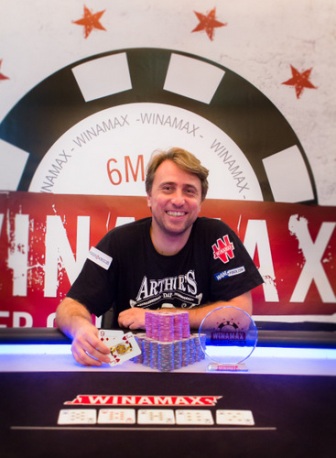 Bigger, better and more fun! For the third edition of the Winamax Poker Open, the organizers ramped things making this tournament more fun than ever at Dublin’s Regency Hotel.

Between the frenzied, 24 hour cash game table, the Gaming Room with foosball, pool and darts, bars and concerts each evening, the Grand Quiz and plenty of side events, one can almost forget the main reason why people come to play: the €550 buy-in Main Event! 2012’s Winamax Poker Open again beat all of its records with 818 registered players. 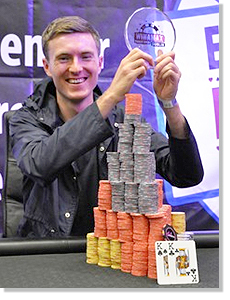 The second edition of the Winamax Poker Open was an occasion for many players to catch up with old friends: "How are things going since last time?", “what are you up to these days?”, “do remember that nutty table we were at last year?”. We made toasts, we laughed, cracked jokes, made new friends, told bad beat stories, and more. Between the poker tables, the bars, the action packed evenings and the generally fun atmosphere, the WPO was the place to be!

656 players started off this €550, shorthanded championship. Out of the 66 pay-outs, there were many players who are well known on the Winamax tables: Jamel, “Melja”, Kechroud, François “francisco83” Tosques, Stéphane “x rasheed x” De Sieter, Guillaume “fcn44” Chiron, Fabien Richard and even Damien ‘wintops’ Lhommeau.

At the Final table, Steven King and Michael Gathv largely dominated the field. We therefore prepared ourselves for a long heads-up. But to our surprise, this was not the case: the Englishman and the Belgian quickly made a deal after calculating the remaining pay-out in function of their stacks, deciding that it was not worth fighting out this last duel. Gathy accepted €54,000 leaving the title and €63,000 to King. 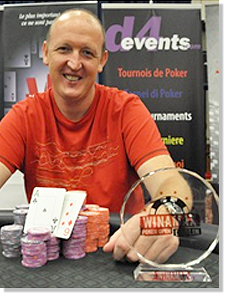 Winamax and Dublin have a long history, starting in 2008. That year, the Winamax Pro Team made a show in at the European Deep Stack Championship. Thanks to help from the local organizer, the Winamax Team showed up with dozens of players who qualified online. The next year, nearly a hundred players showed up sporting the red W. It therefore only made sense for Winamax to team up with D4 Events (Lacey’s team) and launch the Winamax Poker Open.

With 313 players starting, this first edition allowed many Winamax players to take part in their first live tournament and enjoy the many parties organized during the event. With 12 representatives among the 13 remaining players, French players were sure that one of their own would take home the title. However, the glory went to the Irish player Alan Trueick!