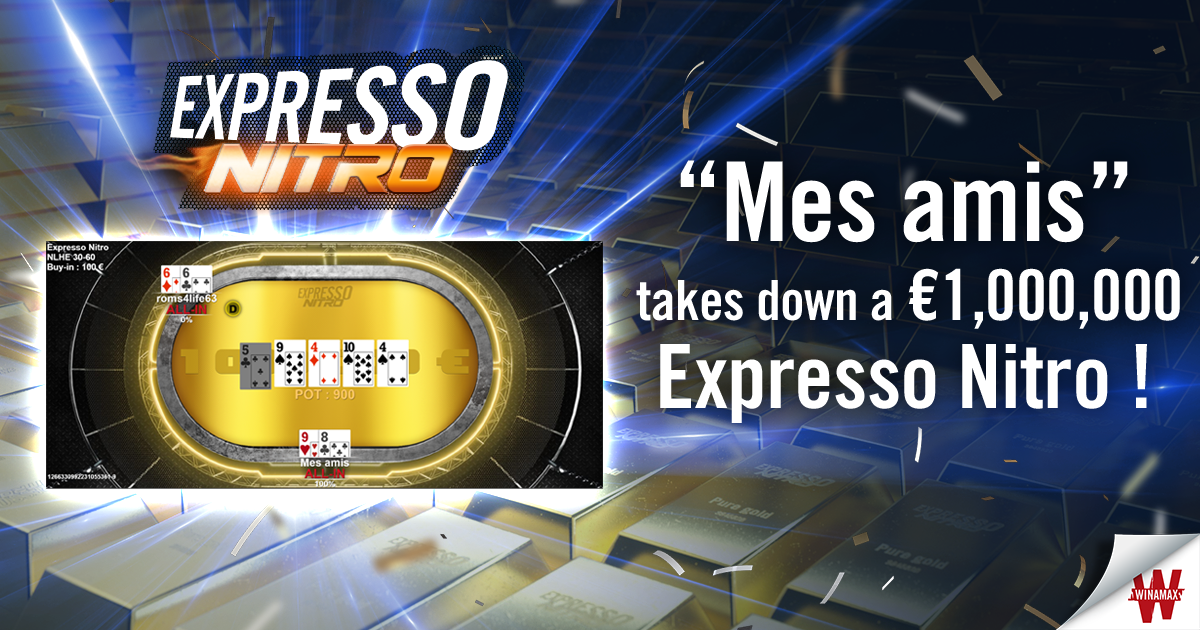 "At first, I didn't even see the million table, just the announcement on my screen." The announcement shown at the top of the screen showed "A €1,000,000 Expresso jackpot has just started."

Olivier was just one of the thousands of players who had logged in to Winamax on Monday evening: he instantly clicked on the notification, in order to observe the table as a spectator for a turbo million euro battle.

That's when Olivier aka "Mes amis" found out that the table was already open, as it was his own!

9 hands and less than 4 minutes later, it was all over. "Mes amis" successfully eliminated CRACKTOUT63 and roms4life63. It was 00:28 and the €800,000 for his first place finish were instantly credited to his account. Just a few minutes later, his phone was buzzing with a call from our commentary team.

Obviously, Olivier was very emotional after just coming off the felt from this epic win, giving his very first impressions: "This is unbelievable, I never thought this would happen. Incredible!" Just one week prior to his 50th birthday, this player joined our very prestigious group of players, winning at the most expensive table on Winamax.

Prior to him, there were only six players who had taken the Holy Grail of Expresso tournaments, which launche on Winamax in 2015. Olivier is the first winner of the "Nitro" version, an even faster variant of our jackpot Sit&Gos which landed on our tables in July.

"It's mental, I shouted for 2 minutes", Olivier told us after his victory. "I'm not a big player, I don't know anything! I played without really realising... In my head, I was just telling myself that I was going to win €80,000." In other words, the prize for the first player to bust. But this was not to be, as our champion took down the Expresso for ten times the amount.

9 hands that changed a life: our full replay

Expresso: all the details