Winamax presents Fight Club: a Heads-Up Cash Game format (two players) in which your opponent changes after every hand. Enter the arena, like a bare-knuckle champion and take on all challengers one after the other!

Fight Club tables are available at all stakes levels and played as No Limit Hold’em.


Once in the cash game lobby, select “Fight Club” from the filter. 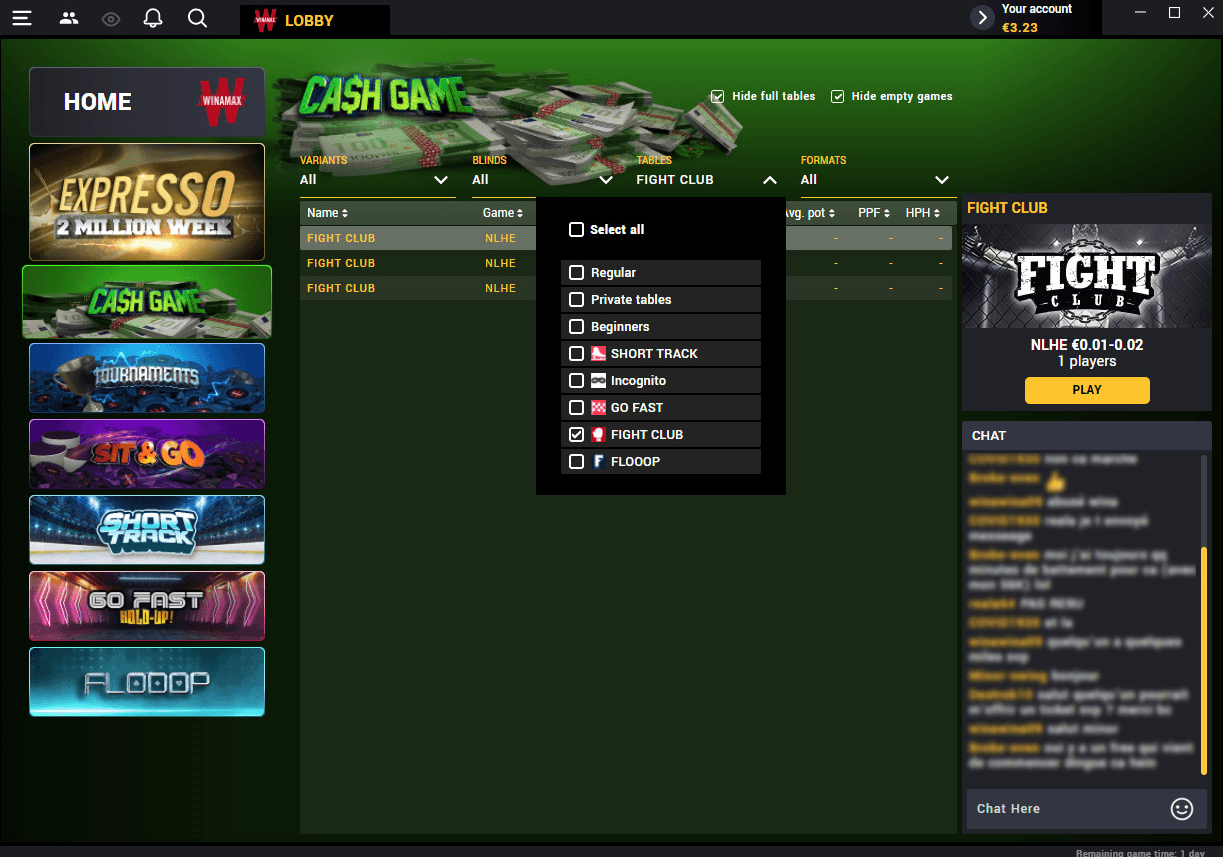 Choose your table according to the stakes and launch your Fight Club session! 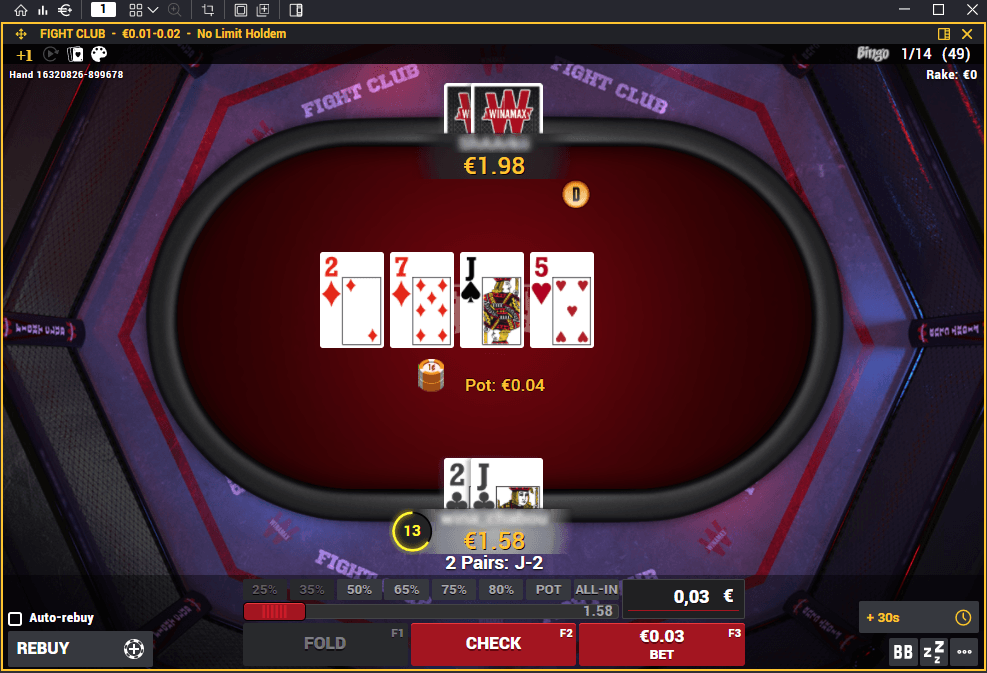 You are able to play up to four tables of the same stakes at the same time.


Position at a new table

Fight club automatically balances the two table positions (big blind or small blind + button) during a session. This therefore guarantees that each player will not pay the big blind more often than the other players.